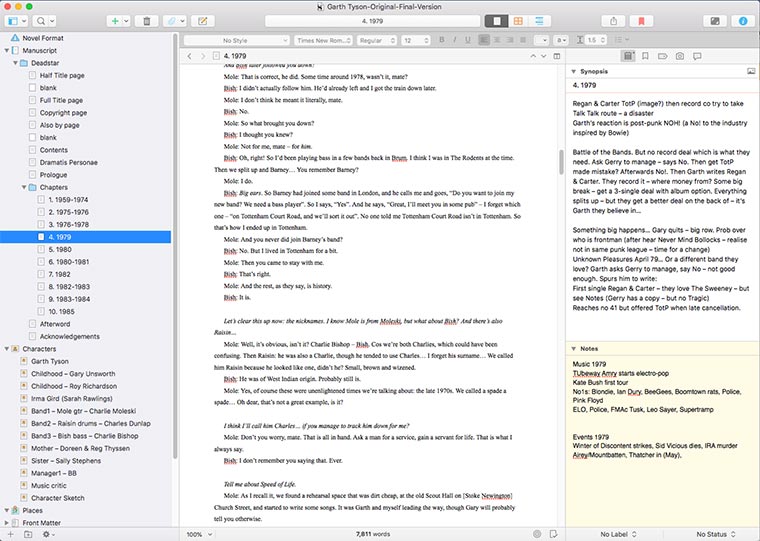 Before we authors can embark upon the unenviable task of marketing a book, we have to write it. So for this first post-proper, we’ll return to the dim and distant past, aka autumn 2019.

I had the idea of writing a fictional music oral history after finishing reading Dylan Jones’s Bowie oral history, David Bowie: A Life. I love oral histories – and diaries. They get to the nub, none of your flowery overmatter or showing off. An oral history is rather like a screenplay, just dialogue. I enjoy writing dialogue, consider it to be one of my strengths, and prefer to avoid penning descriptive passages, plus I’ve read a ton of music books and know my punk and post-punk pretty much inside-out. A punk/post-punk oral history it would be.

Write what you know.

(Incidentally, this was my first decent – felt workable – book idea in almost a decade. I was excited.)

I’ve written four long-form books before, two fiction, two non-fiction. Two things changed in my modus operandi this time, both of which really helped the process.

Finally, of course, get other people to read the thing. You cannot edit yourself. My near-neighbour, Dave, quite some way into the process, suggested more depth to my Roy and Gary characters. He was so right, it really lifted them and the book as a whole. My final MS came in at 78,000, so I’d added roughly 20K words since the first draft. That’s the kind of work required.

Next, it gets harder.